Want to be a Guest host, too? Here is the Page, that explains the "How To"! Check it out!
We never have enough Guest host images! Please submit more!

It's the Skywatch anniversary!
We're turning 3! A good Toddler age.


First and foremost - thank all of you for being part of the Skywatch
community every week, showing us the beauty of the skies over your heads.

When I started Sky Watch there were very few memes going on. I wanted to start something, but wanted something very simple that anyone could participate in - even the person with a basic camera
I thought on it for days and finally decided on the sky. I was hoping this would be a way for bloggers to interact and share through their pictures and comments. I couldn't think of what to name the meme so I asked a friend and she said "Sky Watch".
I asked her if she thought anyone would participate and she said she would but she didn't know about any one else.  I visited and commented on every blog that participated in Sky Watch.
Since I had to go visit family in another state frequently and I asked Tom Wiggers if he 'd like to do Sky Watch while I was gone. He did and seemed to enjoy it so much that I felt bad about asking for it back. so I let him have it. I don't think I could have kept up with it on my own as the visitors were increasing each week.  I'm glad that the Sky Watch Team has kept the meme going. And this is the very 1st Skywatch image posted (Courtesy Dot)

Next came Tom, and during his tenure the already successful Skywatch meme doubled in participants. Unfortunately health problems forced him to step it down a notch and so
he handed it over to Klaus. 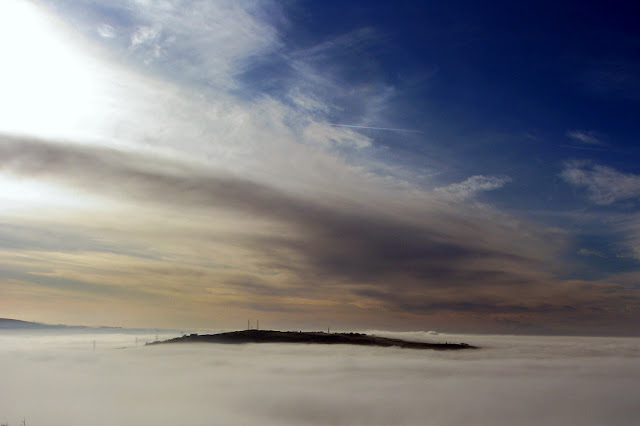 After taking over in 2008 the idea of having a team looking out for the participants
and the Skywatch Meme was born.

Imac, Louise, Ivar, Sandy, Wren. Fishing Guy, Sylvia became Team members and made
Skywatch what it is today, averaging 300 -400 participants every week.
Here's the 1st image after officially taking over from Tom.
Next week we will continue with our regular Guest hosts, while we are also working on
the Skywatch Showcase.
For both we of course need your participation! Send in your favorite Skywatch image for
the Showcase
(Send it to: skywatchmyworld@gmail.com with the subject " Skywatch Showcase". Include your name and URL in the message)
For being a Guest Host - check out the link on top of the page for the "How to!"
*You can start sending in your picture for the Slideshow right now. Submissions are open until July 31st.
Image size: minimum 800*600px, maximum 1600*1200px

So thank you all and keep 'em coming!
Your Skywatch Team Members!


By signing in to Skywatch, you acknowledge, that you have read the rules and agree to follow them.
Thank you for being part of the Skywatch Community!
Your Skywatch Team:
Klaus | Sandy | Wren | Fishing Guy|Sylvia
Posted by kjpweb on Thursday, July 15, 2010