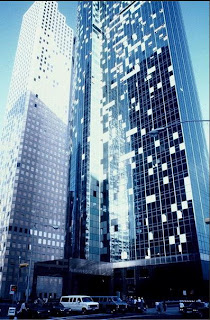 On August 15, 1983 Hurricane Alicia formed in the Gulf of Mexico. Three days later it landed at Galveston, Texas. I was fat dumb and sassy in my house in Conroe, Texas about a hundred miles inland to the north. I wasn't so sassy when I saw it on television pounding downtown Houston a little later and the winds were popping windows out of the high rises and sending them flying all over downtown like frisbees. A few hours later it went through Conroe and although much diminished by then, the wind blew so hard that the trees in my yard were bent over parallel to the ground and a few fell down.  I had newfound respect for hurricanes and vowed that next time I'm going to Nebraska, early.